Me-looking at the camera
gibson es335 TDC bought from Kitchen's of Leeds for £160
part chopped in a Burns Jazz Guitar with Split Sound got £80 for it
sounds prettty good eh?
now think about ten quid for a gig twelve if you were lucky !!

Bass - Ian Bowden
You may like to know that the Bass guitar in the picture was a Harmony.
I had seen Plonk Lane (Small Faces) and Muff Winwood (Stevie's Brother) using one in the Spencer Davis group. It had a very robust sound to it but regret I had to let it go in favour of a Fender precision Bass. If any one out there has one I would be interested in buying it for the memoirs.

Fourth Dimension
I wish I had that Gibson 335 now ! 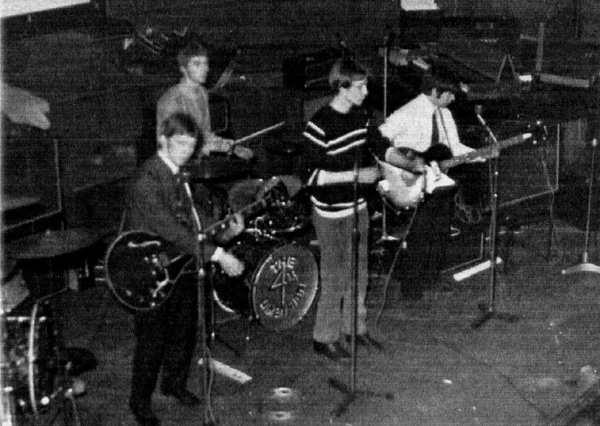 information supplied by the ian bowden of wakefield